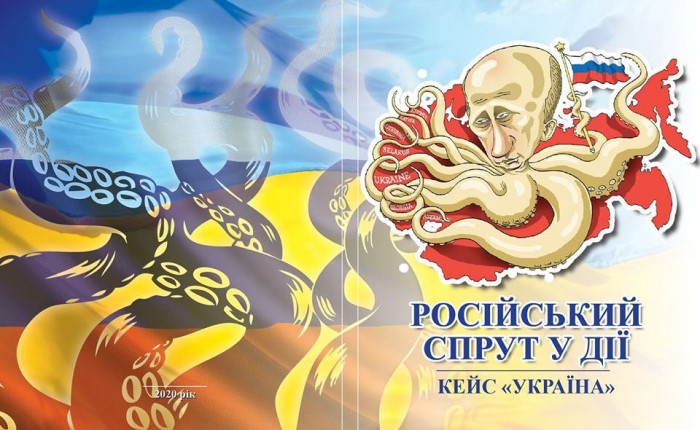 Almost three months have passed since the beginning of the full-scale invasion of Russian troops to Ukraine. It is unknown, how long the deoccupation of Ukrainian territory will last, however, it can already be concluded that Moscow’s plans are gradually failing.

At present, for the political leadership of the Russian Federation, it is important to achieve at least any result, especially in terms of consolidation of the occupied South and South-East of Ukraine. The Kremlin’s strategic plan is to justify its actions to the world community, Moscow will traditionally implement this through the controlled media, in particular, using influencers committed to the ideas of Russian chauvinism.

The annexation of Ukraine’s territory can be shown as a “victory” that the Kremlin will be able to sell to the Russian population and justify colossal military losses, sanctions pressure and international isolation. To this end, the Kremlin’s propaganda machine prepares and disseminates profitable theses that are broadly based on real / fictional / distorted historical facts taken out of context. The main feature of Kremlin propaganda is the emotional manipulation, designed for a segment of the population that first “feels” and then, perhaps, “thinks”.

On this background, we can see some organizational measures for a press tour to certain regions of the temporarily occupied Kherson, Donetsk and Zaporizhzhya for Russian and foreign media representatives.

The potential goals of this press tour should be considered:

Currently, the Russian federal media is thoroughly preparing the information base for the legalization of the possible annexation. In this context, the potential attempts of Russian propagandists to use prepared narratives about the “historical belonging of Russian territories” and “the illegal decision of the Bolsheviks to include them in Ukraine” with the main goal of demonstrating to the general public artificial mass support for Ukraine’s actions seem quite predictable.

At the same time, the population of Ukraine’s close neighbors (such as Poland, Slovakia, etc.), which are constantly “keeping their palms on the pulse” of the Russian-Ukrainian war, will not become the main objects of this manipulative influence. For countries that support Ukraine with weapons and ammunition, provide humanitarian assistance and accommodate refugees, the need for solidarity with Ukraine does not need to be proven. However, these factors do not take the European democratic community out of the grip of Kremlin propaganda. On the contrary, all Russian forces are currently focused and redirected to this target audience: we are clearly seeing the shift of the influence vector from “neutral and hesitant” to “critically dissenting”.

It is also pertinent to state that the stories of the pro-Russian press tour are focused, in particular, on the domestic consumer in the Russian Federation. Such materials are being prepared for the only purpose of explaining to the broad sections of the Russian population the “real” reasons for the rise in prices, the total economic boycott, and the unavoidable stigma of “rashism” (Russian fascism). All of the above-mentioned restrictions have a sacred meaning for every intoxicated Russian, who perceive external pressure, passed for the sake of facilitated perception through the prism of propaganda, as his own burden of “an offended Russian whom NATO wants to destroy.”

The task of every citizen who considers himself an educated person is to avoid being surrounded by zombie ignoramuses, especially on the Internet. The heroism of the modern active user is in preventing the spread of false influence by influencers bought by Russia.

Today, each of us can become an unconscious victim of the Octopus of Kremlin propaganda, which sow seeds of doubt deep in our hearts, successfully substituting logic for emotions, trying to poison established beliefs and destroy established values.

Take care of your own information hygiene and help those who are just on the path of active consumption of information!