Why is Russia on fire? 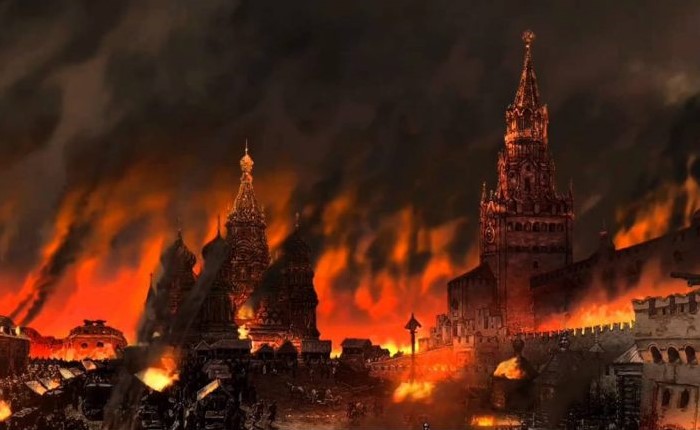 During April 2022, we all witnessed a series of unclear events. According to data being spread through the media, explosions and fires are heard in various settlements of the Russian Federation (mostly border areas). Among the most “loud” April events it is appropriate to name the following: explosions at the oil depot in Belgorod (the first of which occurred on 01.04.2022); two fires in one day (April 21, 2022), namely in Tver at the Central Research Institute of the Air and Space Defense Forces of Russia, as well as on the territory of Dmitrievsky Chemical Plant in Kineshma, Ivanovo region; fire in an ammunition depot near the village of Stara Nelidovka, Belgorod region (April 27, 2022), fires in Kursk and Voronezh regions, etc.

In addition, the authorities of the unrecognized Transnistrian Moldavian Republic (TMR) reported a series of explosions on their territory (April 26, 2022), namely the alleged shelling by Ukrainian forces of ammunition depots.

As of the beginning of May, data on fires and explosions continue to spread in the network. However, an important sign of the active dissemination of such information is the fact that all these messages were enthusiastically picked up by Russian propaganda.

Thus, it is very likely that the Russian authorities are trying to legitimize the potential decision to mobilize, as well as to impose a state of emergency in the border areas with Ukraine to protect against pretended “terrorist attacks”. What is it for? Wider opportunities for restrictions, more control over the region, resulting less protests among the population.

The version that all these explosions and fires were carried out by Ukrainian forces is unlikely, as Ukraine has some forces and resources to conduct such raids on the enemy’s rear, but still military action in the Armed Forces is defensive in nature, and all command attention is currently focused on the East. We do not deny the fact that the Armed Forces of Ukraine are capable of and carry out attacks on the enemy, but we believe that these information drives are used by hostile special services to form a favorable vector of their own propaganda. Some of the pieces of evidence of such a scenario should be the rumors about the arrival in the Izyum direction of the Chief of the General Staff of the Russian Federation V. Gerasimov, which, of course, hints at the strategic importance of this operational area.

The situation is similar in Transnistria. It is quite symbolic that the “terrorist attacks” in this area began a few days after the Deputy Commander of the Central Military District of the Russian Federation Rustam Minnekayev announced another “upgrade” of the Kremlin’s military goals – to capture the entire South of Ukraine and establish land links from Transnistria. It is obvious that the terrorist attacks in the Transnistrian region are being staged in order to mobilize human resources and justify further attacks on Ukrainian positions from the territory of the unrecognized republic.

In particular, the general level of fear and oppression of the Russian population “unties the hands” of Moscow and expands opportunities for unpopular radical decisions, such as the opening of a second front by Moldova and unrecognized Transnistria. Such actions will lead to new costs, determined by both material and human resources. Here it is important to understand that in the context of global sanctions and the “pre-death state” of the Russian economy, pay for everything, in the end, will ordinary Russians.

In the end, it is pertinent to conclude that Russia’s war against Ukraine went beyond a “special military operation”. Russian warfare decisions are increasingly situational in nature, combined with attempts to take control of certain areas. Asymmetric and non-standard decisions of Ukrainian military leaders significantly hinder such Russian efforts. At the same time, the Kremlin, inheriting Soviet traditions, is trying to win the war with “number of human resources”. The Russian military leadership continues to provide covert mobilization of the population and artificially creates a “casus belli” to open a new front and disperse the efforts of Ukraine’s allies.